Once a noble and kind fairytale prince, he lived to protect the weak and the needy. His heart was shattered to seal the monster Raven away. Now a talented and popular student at Gold Crown Academy, he possesses no emotions, nor memories of his past life, and is largely dependent on Fakir for his well-being. When Drosselmeyer decides to use Ahiru to become Princess Tutu, she gathers the lost heart shards of Mytho's heart and returns them. Meanwhile, Rue's alter ego emerges from her and becomes Princess Kraehe, trying to possess him for herself. When she soaks Mytho's heart shard of love in the Raven's blood and when the shard is returned by Princess Tutu, Mytho struggles to free himself from the blood and then transforms to a crow later. Rue then reveals her feelings to him saying the words, "I love you!" and he becomes restored to a human. The last shard of his heart, which was Princess Tutu's pendant, is returned to him and he becomes Prince Siegfried again, defeating the Raven and asks Rue's hand in marriage before he returns to the story. 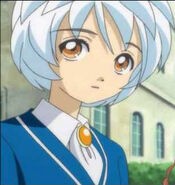 Mytho kissing Rue to be his princess (Akt. 26) 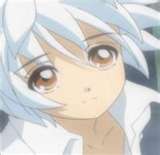